Abstract:
Viruses can only inhabit host species, they have no “independent” life. Viruses are obligate intracellular parasites, whose structure consists of two basic components: a nucleic acid genome, surrounded by a protective protein coat (in many animals, viruses contain a lipid envelope). However, cells have a complex hierarchical structure where biological membranes play a crucial role. The main function of a virus is to deliver its DNA or RNA genome into the host cell, so that the genome can be expressed by the “machinery” of such cell. In this way, the virus keeps spreading itself. The survival of a virus depends on the survival of its host species.

Although viruses are well known for causing diseases, most viruses coexist peacefully with their host cell. Most emerging infectious diseases are caused by viruses. Very often, viruses circulate among humans in a silent manner before causing major epidemics. Many of the new human viral pathogens originate from animal viruses, and frequently in tropical areas of the world. Once a new virus emerges causing epidemics or pandemics, it often remains in the population without disappearing. A pandemic is an outbreak of a disease that occurs over a wide geographic area and affects an exceptionally high proportion of the population.

The main goal of this talk is to present a formal framework developed in the discipline of Membrane Computing for the study of population dynamics, as well as its application to analyze the evolution of a pandemic caused by a series of agents (viruses) acting according to a series of behavioral patterns. The study will be carried out in a virtual population with a certain structure. The model designed for this study, following the computational framework presented, is properly parameterized. This allows its adaptation to specific populations subjected to a pandemic, produced by agents whose infectious characteristics could be partially unknown.

Biography:
Mario J. Perez-Jimenez received his degree in Mathematics from the Barcelona University and the doctor degree in Mathematics from the Sevilla University. In the past, he was a lecturer and teaching assistant at the University of Barcelona and currently is a full Professor in the Department of Computer Science and Artificial Intelligence. From 2005 to 2007 he was a Guest Professor of the Huazhong University of Science and Technology, Wuhan, China. He is a numerary member of the Academia Europaea (The Academy of Europe) in the Section of Informatics. His main research interests include theory of computation, computational complexity theory, natural computing (DNA computing and membrane computing), bioinformatics, and computational modelling for complex systems.

Prof. Perez-Jimenez has published 19 books in computer science and mathematics, and over 300 scientific papers in international journals (collaborating with researchers worldwide) and he is a member of the Editorial Board of six ISI journals. He has been the first scientific awarded with “Important Contributions to Membrane Computing” under the auspices of the European Molecular Computing Consortium, Edinburgh, 2008. In 2014, he received the University of Sevilla FAMA award for his outsanding research career. He is the main researcher in various European, Asian, Spanish and Andalusian research grants. From 2003 he is an expert-reviewer of the Prospective and Evaluation National Agency of Spain. From May 2006 he is an European Science Foundation peer reviewer, from July 2008 he is an expert reviewer from the Romanian National University Research Council and from October 2015 he is an international expert from the Russian Science Foundation, invited by the Russian International Affairs Council.

Abstract:
The theme of our research is to use nature’s design rules as inspiration to advance biomedical, energy-related, and other technological innovations through the use of self-assembling molecules and materials. We aim to create intelligent materials with better component controls at the molecular level. Our interdisciplinary team is interested in designing bio-inspired molecular building blocks and programming their higher order assembly into systems that will perform complex functions. Our ultimate goal is to engineer an information guided self-assembling molecular system for the finest possible interactions of molecules in a three-dimensional space. Our current research focuses on structural DNA nanotechnology and DNA directed self-assembly, but in a broader sense we are interested in any science related to molecular design, molecular programming, molecular assembly and molecular systems engineering. In this talk I will discuss some of the key developments in applying DNA nanotechnology for molecular design and programming.

Biography:
Hao Yan studied chemistry and earned his Bachelor’s degree at Shandong University, China. He obtained his PhD in Chemistry under Professor N. C. Seeman, New York University in 2001, working on design and construction of sequence dependent DNA nanomechanical devices. He then moved to the Computer Science Department at Duke University, where he continued to explore his interests in DNA based molecular computing and programming. Following a three year period as an Assistant Research Professor at Duke University, he joined Arizona State University as Assistant Professor in Department of Chemistry and Biochemistry in 2004. In 2008, he was promoted with early tenure directly to Full Professor and he is currently the Milton D. Glick Distinguished Professor in Chemistry and Biochemistry and Director of the Center for Molecular Design and Biomimetics in the Biodesign Institute at Arizona State University. The theme of his research is to use nature’s design rules as inspiration to advance biomedical, energy-related, and other technological innovations through the use of self-assembling molecules and materials. He aims to create intelligent materials with better component controls at the molecular level. He is leading an interdisciplinary team to design bio-inspired molecular building blocks and program their higher order assembly into systems that will perform complex functions. Dr. Yan has published more than 190 papers with an H-index of 84, including more than 30 papers published in journals such as Nature, Science and Nature Sister Journals. He has received honors including Fellow of American Association of Advancement of Science, the Rozenberg Tulip Award in DNA Computing, Alfred P. Sloan Research Fellowship, NSF Career Award, AFOSR Young Investigator Award. He has served as president of the International Society for Nanoscale Science, Computation and Engineering. 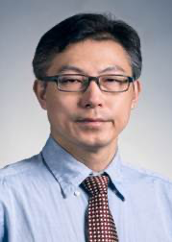 Abstract:
6G is the next step in the evolution of mobile communication and will be a key component of the Networked Society. In particular, 5G will accelerate the development of the Virtual world. To enable connectivity for a wide range of applications and use cases, the capabilities of 6G wireless access must extend far beyond those of previous generations of mobile communications. Examples of these capabilities include ultra high data rates, ultra low latency, ultra-high reliability, energy efficiency and extreme device densities, and will be realized by the development of 5G in combination with new radio-access technologies. Therefore, this talk explains the different key technology components of 6G and from implementation to standardization.

He has more than 12 years of wireless industry/academic experience. He has received his Master’s and Ph.D. degrees in Electrical & Electronic Engineering from Blekinge Institute of Technology, Sweden, and University of Aveiro, Portugal in 2006 and 2011, respectively. From 2002 to 2003, he worked for Pak Telecom as System Engineer and from 2005 to 2006 for Ericsson and Huawei at Research Labs in Sweden. He has been with Instituto de Telecomunicações since 2011 where he currently holds the position of Auxiliary Researcher and adjunct positions with several universities across the Europe-Asian Region.

He is the author of 4 technical books, 12 book chapters, 250+ technical papers (150+ Journal/transaction, 80+ conference, 2 IEEE best paper award- in the area of mobile communications. He had/has supervised/co-supervising several Ph.D. and Master Students. He uses mathematical and system-level tools to model and analyze emerging wireless communication architectures, leading to innovative Master’s theoretically optimal new communication techniques. He is working closely with leading R&D groups in the industry to transition these ideas to practice. He secures the funding of around 2M Euro.